Warm, cinnamon-infused apple pie encased in a flaky cheddar-studded apple pie. This cheddar apple pie may seem like an interesting combination, but it is completely irresistible. 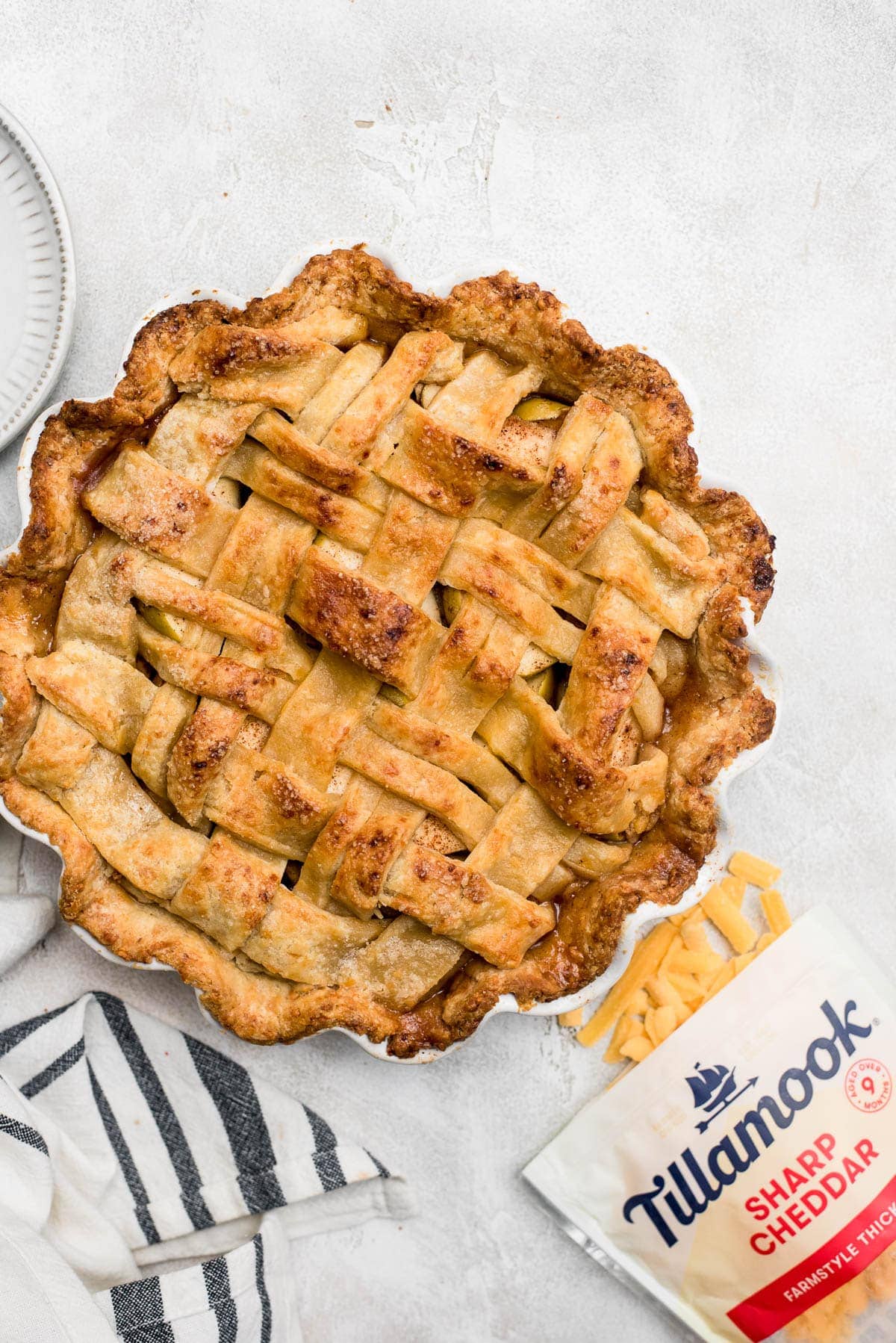 When it comes to dessert, I would say that after chocolate chip cookies, pies are my absolute favorite. I am a huge fan of a buttery, flaky pie crust. Plus the addition of fruit makes me feel a little less guilty about indulging. I find it nearly impossible to turn down a freshly baked pie topped with apple pie.

But, after a lot of thought and consideration, it really isnt that hard to see how it could be good. I mean, I often have apples and cheese on the same cracker when I have a cheeseboard. Thats basically an unbaked cheddar apple pie, when you think about it. 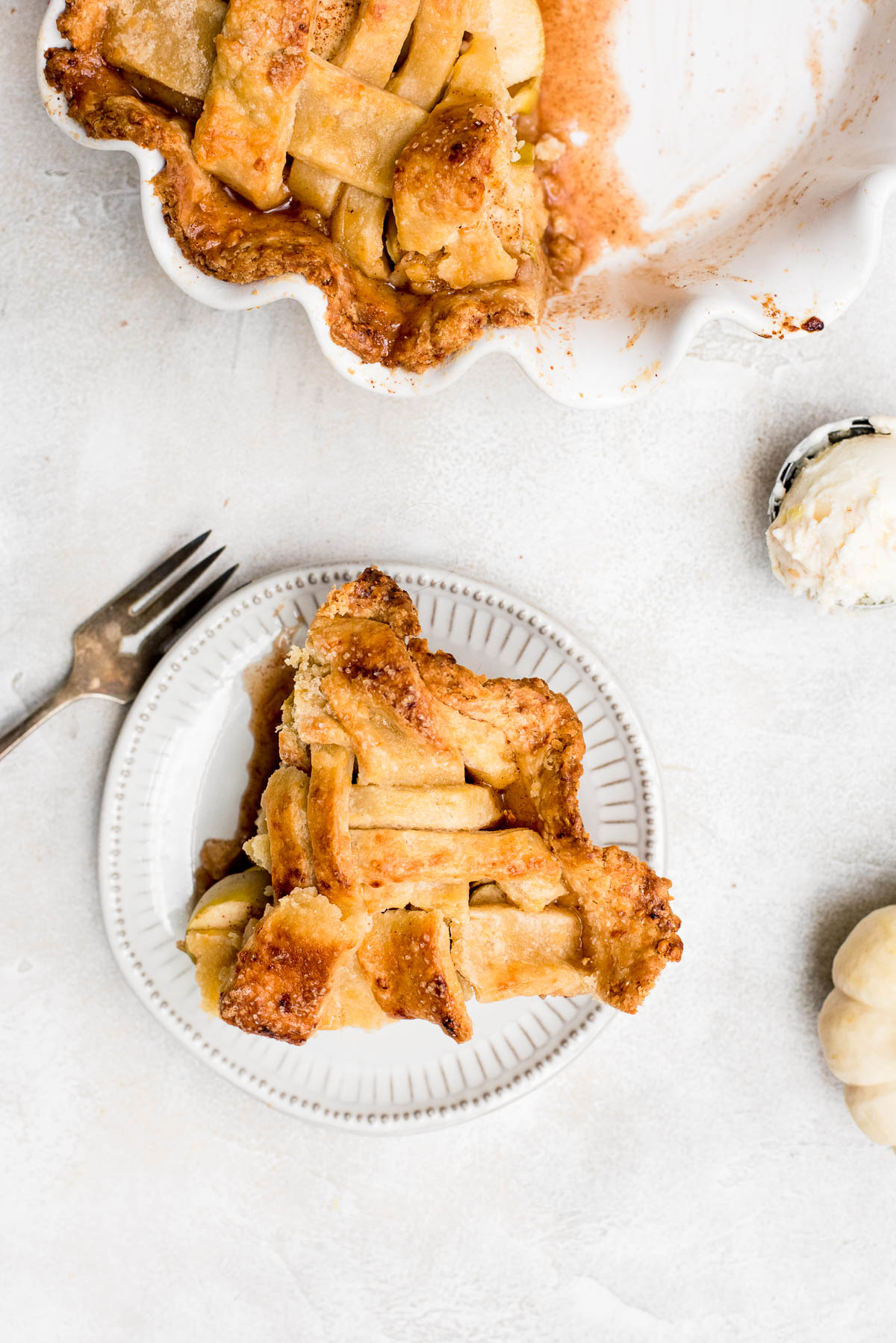 Theres a balance between the creaminess and saltiness of the cheese, the butteriness of the pie crust, and the sweetness of the apples that just brings harmony to the dessert.

Some people like to put their cheese on top of the finished pie, or even put it inside the filling with the apples. I prefer to put it into the pie crust.

What Kind of Apples do You Use? 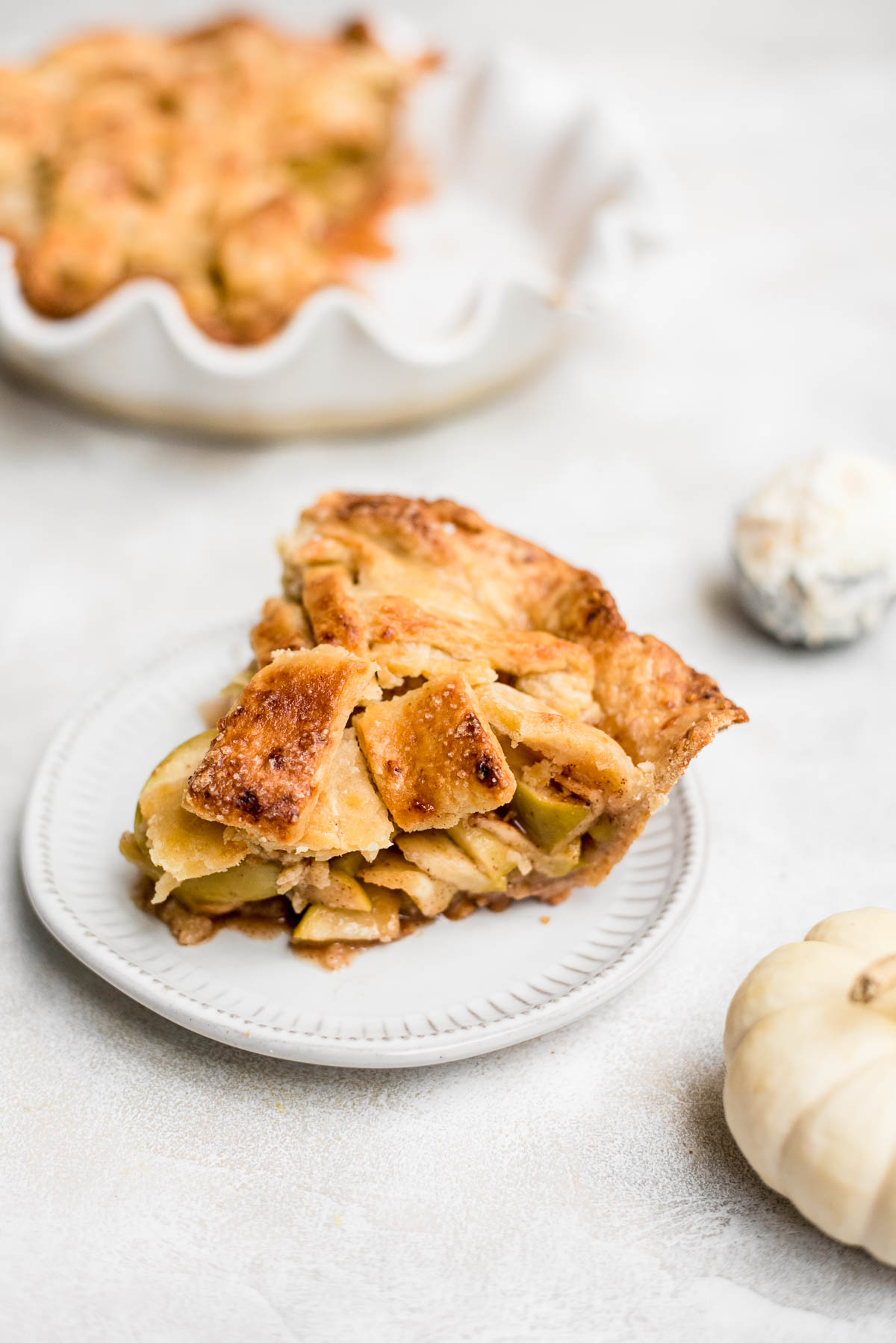 What Kind of Cheese do You Use for Apple Pie

You cant use just any cheese. You need something that is a little sharper with a nice tang and depth of flavor. Something salty, but not overbearing. Some people use parmesan, gruyere, or even swiss.

I prefer cheddar cheese and Tillamook Farmstyle Cheddar Cheese in particular. The thicker cut allows it to melt and release some stead similarly to butter while also leaving you with a more distinct flavor.

Why do People Put Cheese in Their Apple Pie?

If youre still wondering why its a thing and where it came from, theres a few things you may find interesting.

First, as you may already know, apple pie doesnt actually originate from America, despite what the popular saying may infer.

Apple pie is believed to have begun in England and made its way to America when the English first started landed in America.

Adding cheese, again, also seems to have originated from England where it was commonplace to add a dairy-based sauce to their pie. It slowly transformed into adding a slice of cheese to their pie over time. The cheese served as a way to add more nutrients and flavor to the pie because apples at that time were not as flavorful as they are today.

The popularity of cheddar apple pies seems to be largely concentrated in areas where there are many dairy farms who helps to popularize the tradition in their areas. 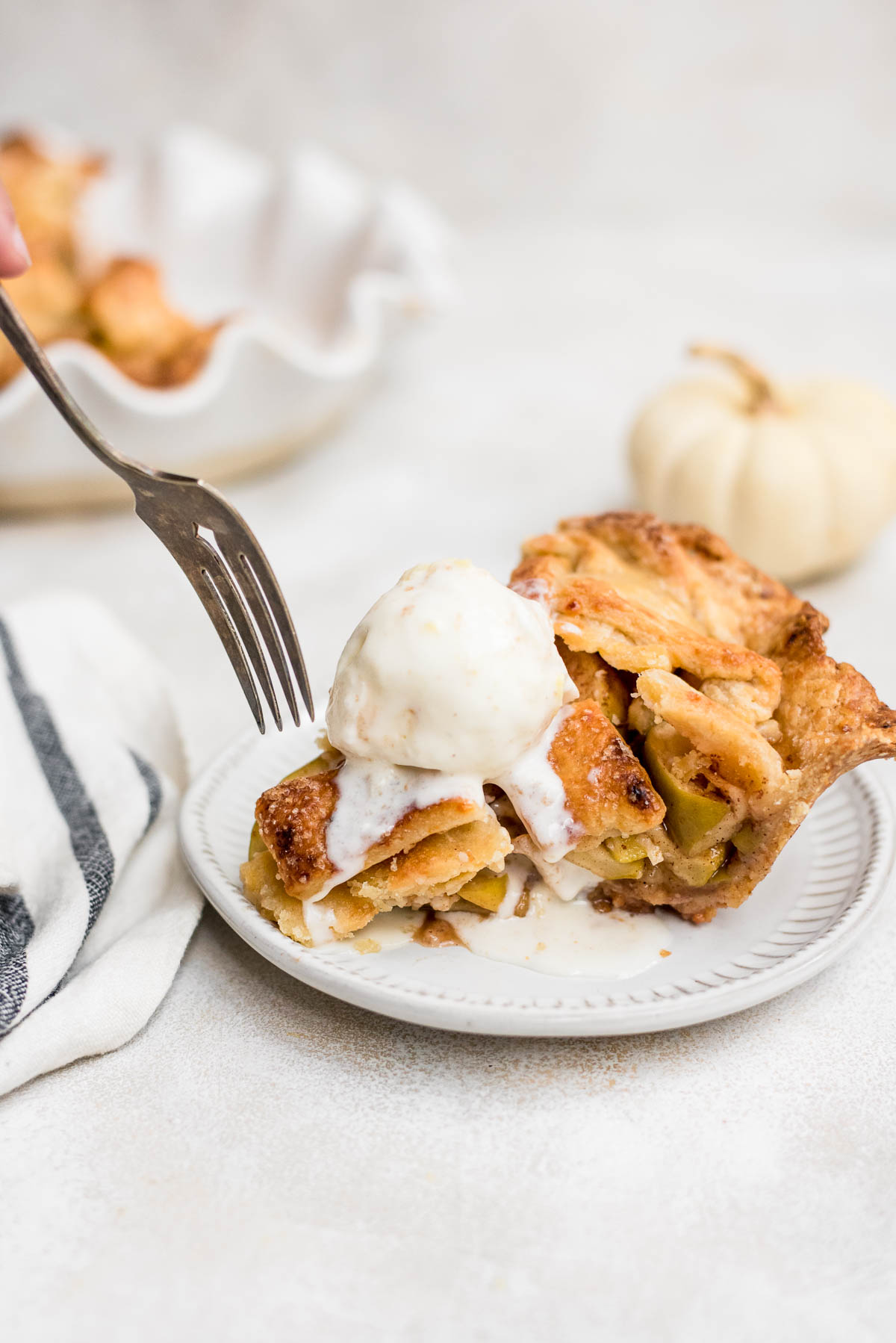 Where do you stand? Are you team cheese or team ice cream? Personally, I say why not both.

For the Apple Pie

* Do not just dump the apples in! By placing them neatly in the pan, you prevent the pie from forming large gaps between the filling and top crust as the apples cook and shrink.