This Oatmeal Apple Crisp is all kinds of easy so easy that youll find yourself making it again and again this fall season! Its fantastic on its own but even better served on top of creamy vanilla ice cream. 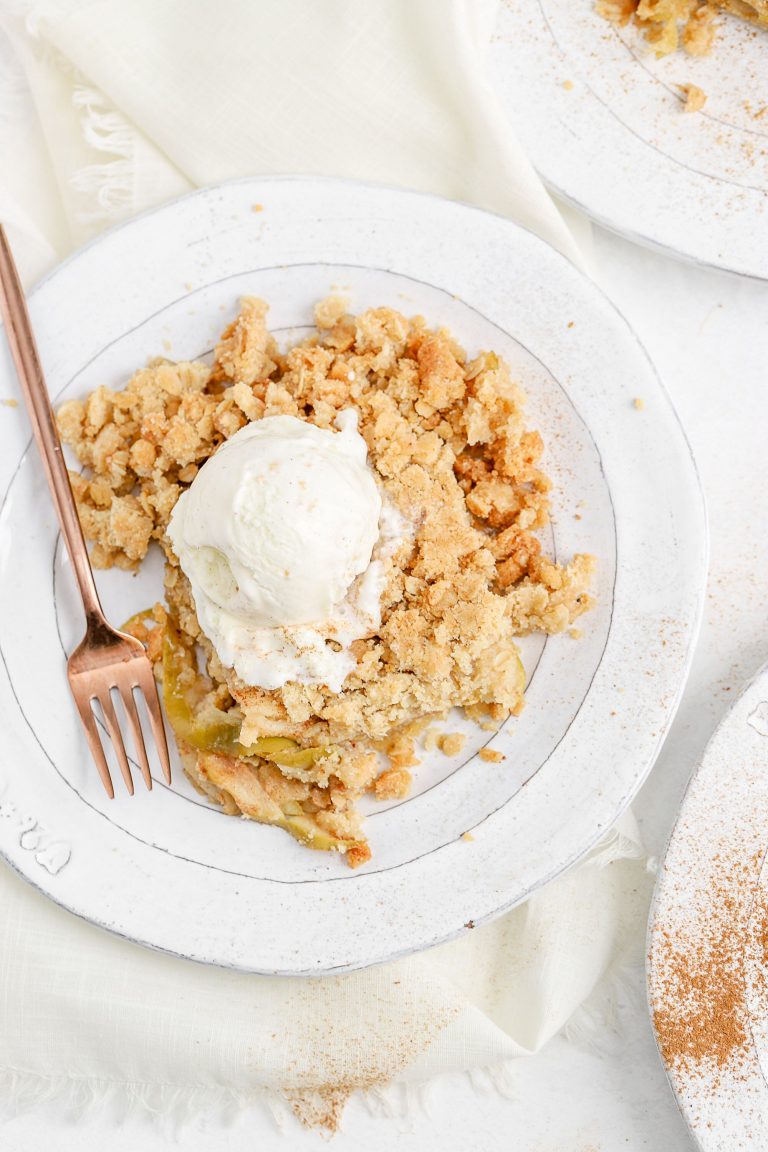 You guys know by now that I am an ice cream lover through and through. Its my favorite dessert without a doubt and while Id like to think theres nothing better than a simple bowl of ice cream I know for a fact that there is: Ice cream topped with a warm, freshly-baked treat > Plain ice cream. 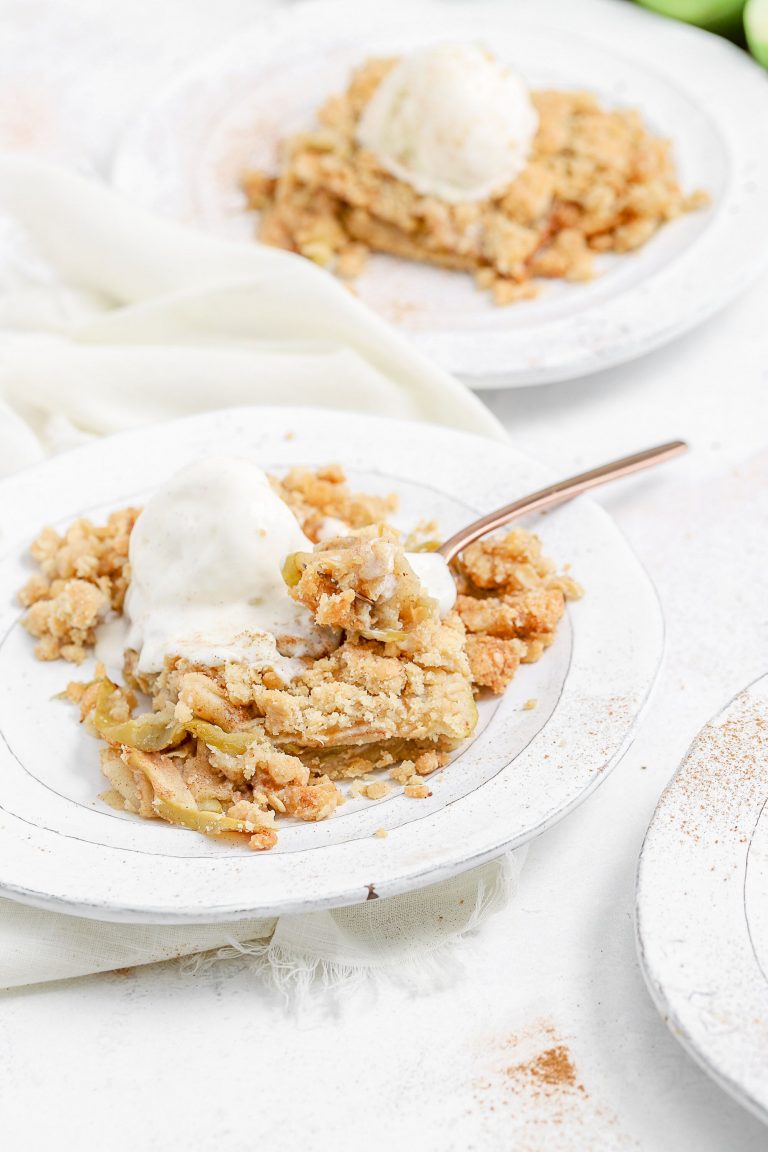 If you happen to be the same way, please add todays recipe for Oatmeal Apple Crisp to your must-make list this fall. Its inspired by Tinas moms recipe which is SO darn easy to make but I revamped a bit because I was raised on apple crisp with oatmeal incorporated in the mix and love the chewiness the oats give this rendition. Plus, I added a little brown sugar to the mix in place of all-white sugar because brown sugar in apple crisp somehow feels right. More caramelized? Im not sure but its fabulous! 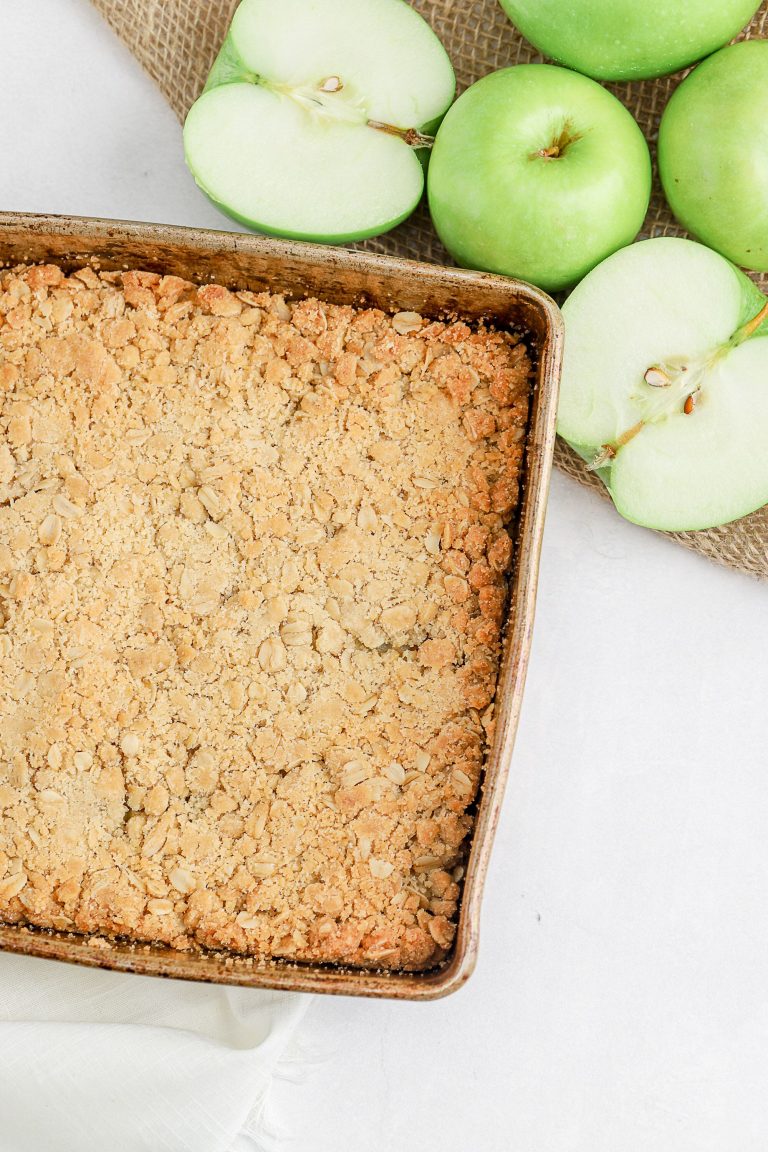 Heres what you need: 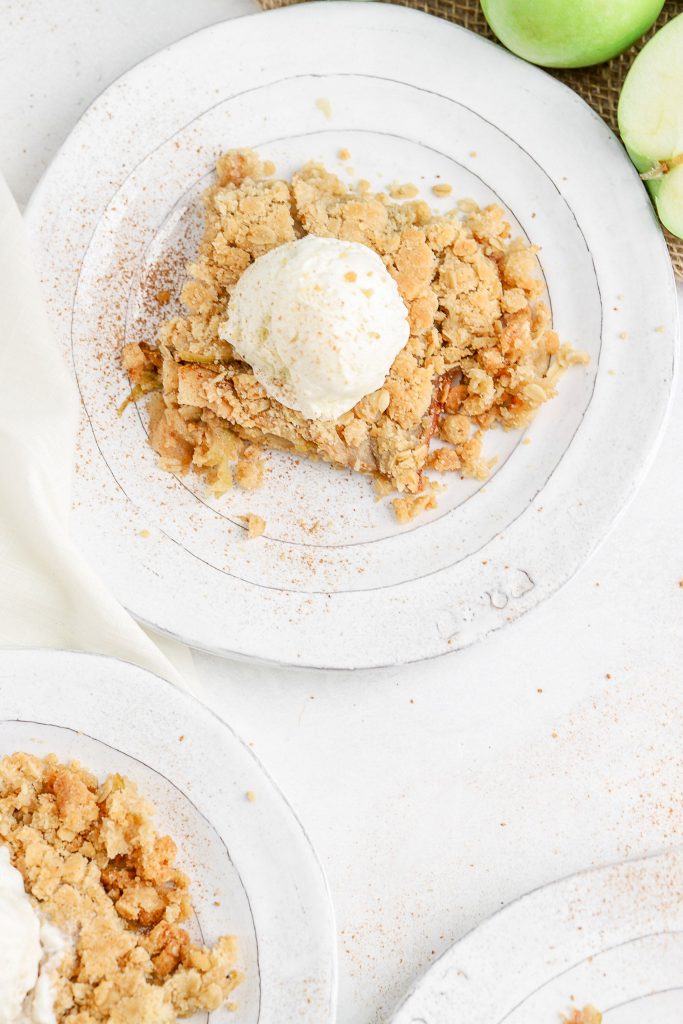 Im guessing you already have a lot of those ingredients in your pantry which makes this recipe a great one to have in your back pocket when you want to throw together a quick dessert on a chilly night. Oh and just because its easy to make doesnt mean its not worth of a special occasion. You better believe this recipe will be front-and-center on our Thanksgiving table this year! Move over apple pie, oatmeal apple crisp is in town!

So easy but SO delicious! The perfect oatmeal apple crisp to make for a holiday treat or a cozy night at home. Fantastic on top of vanilla ice cream.

You may use all brown sugar or all white sugar in this recipe. Both work well but I love a mix! 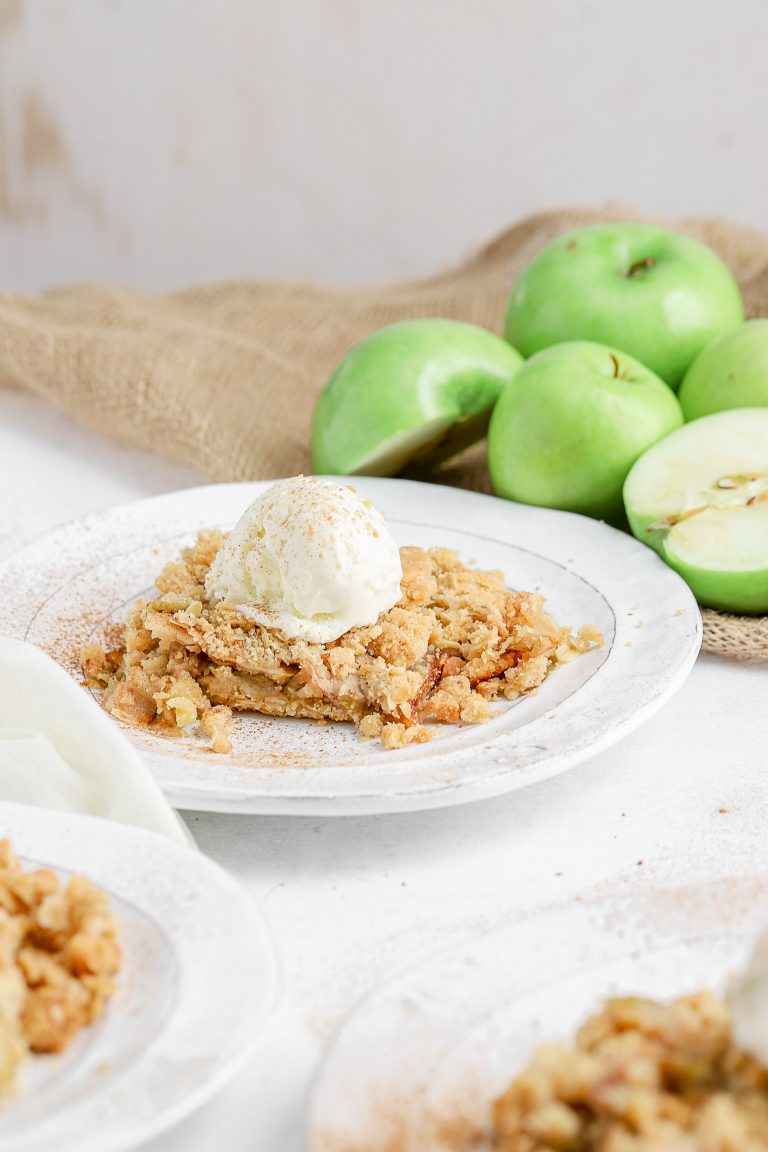 Im sharing todays Oatmeal Apple Crisp recipe as part of a biiiig Friendsgiving Virtual Potluck!Im joining a bunch of blogger friends to share the love and bring Friendsgiving/Thanksgiving recipes and craft ideas your way. I hope some of the recipes and crafts shared below pop out at you and become new favorites this holiday season!

Spiced Pumpkin Margarita from Sharon of Cupcakes and Cutlery