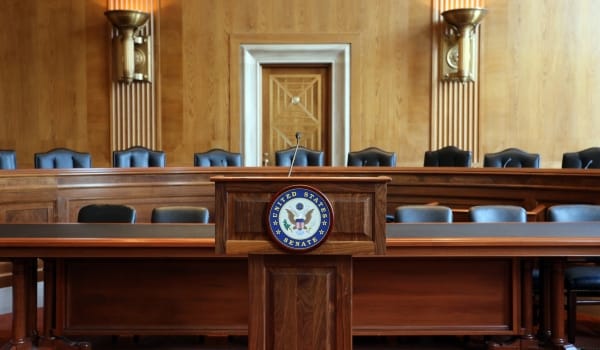 There have been two IP-concerned stories getting a lot of attention on the interwebs the past few days: first, there was the Summit Entertainment-issued DMCA takedown notice for the Twilight parody, choose-your-own-adventure YouTube “game;” then there was the cease-and-desist letter Sharron Angle sent to her incumbent rival Harry Reid regarding his re-posting of parts of her old, significantly more conservative-leaning campaign website from the primaries.

In both cases, the content was taken down for a brief period of time and then went back up. Summit seems to have changed its mind about the infringing nature of the video (although it hasn’t been as friendly with fan-created content) and Reid seems to be disregarding Angle’s legal threats.

Ok, so The Fine Brothers, creators of several YouTube-based comedy series, made an interactive collection of videos parodying the Twilight werewolf (I know, I know, he’s actually a shape-shifter) versus vampire love triangle in the style of an 8-bit game. It makes genius use of YouTube’s annotation feature, allowing you to pick one of two options at the end of a video, which will take you to one of two new videos.

Although it is obviously a parody and doesn’t even use any actual Twilight content, Summit Entertainment issued a DMCA takedown notice for the videos and, at the risk of losing safe-harbor status, YouTube complied. It didn’t take long, however, for the videos to return.

This is not an unusual occurrence for the people over at Summit. A fantastic article in the Washington Post, written by Christina Mulligan—a visiting fellow at Yale Law School’s Information Society Project—provides a rather sizeable laundry list of cases where Summit has “[shut] down almost anyone referencing Twilight without its permission” and makes a compelling case for why that’s a bad idea for pop culture, free speech, and Summit itself.

Moving on to Angle v. Reid, when Sharron Angle was a candidate in the Republican primaries for a U.S. Nevada Senate seat, she had a website that she later took down once she was nominated—ostensibly in order to tone down the right-winged politics that she had used during the primaries to woo her Republican base. When incumbent Democratic Nevada Senator and Senate Majority Leader Harry Reid caught wind of this, he decided to dig up the old website and re-post parts of it that may turn off more moderate voters. Angle, reasonably upset, sent a cease-and-desist letter on the grounds that Reid was violating her intellectual property (yes, there were other email collecting issues, but those seem to have been addressed while the copyright issues remain). This Wednesday, she said in a radio interview,

“…they can’t use something that’s yours, intellectual property, unless they pay you for it or get your permission… And he didn’t ask me for it, and he didn’t pay me for it. I would have sold it to him.”

What do these two episodes have in common? One raises questions about pop cultural expression, the other political speech, but both demonstrate a fundamental misunderstanding of the principles of intellectual property.

User-generated content relating to Twilight, whether parody or sincere fandom, is not the same as a guy selling pirated copies of the movie for a dollar on the street. And it has no negative impact on Summit’s profits… In fact, pretty much all of the examples in Mulligan’s article would probably add value to the franchise by expanding its reach and fan base at completely no cost to Summit. Hello! Free advertising, much?

And in regards to Angle’s actions, intellectual property rights are under seriously strict limitations when it comes to restricting political speech. (Not to mention that it’s a little suspect that she appears so determined to suppress the record on her own politics… and in the process bringing even more media attention to it by threatening legal charges against Reid…)

Both Summit and Angle seem to be under the misguided impression that they should have absolute power and control over their intellectual property, but, as Mulligan thoughtfully points out, the Supreme Court spelled out in Sony v. Universal City Studios back in 1984 that copyright “has never accorded the copyright owner complete control over all possible uses of his work.” A copyright is a government-granted monopoly, not a divine right—and should be treated as such. People seem to forget why there are limitations on the control a copyright holder can assert over his content: there are certain fundamental principles (like free speech) that we hold in a higher regard and that we cannot risk devaluing for the benefit of a rights holder.

This post was previously published on publicknowledge.org and is republished here under a Creative Commons license Attribution ShareAlike 3.0 License.

The post What Do Twilight and a U.S. Senate Candidate Have in Common? Bad Copyright appeared first on The Good Men Project.