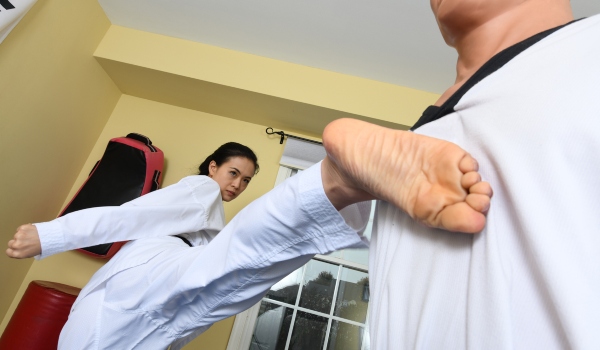 Update (11 April 2019): the deadline for exiting the European Union has been further extended to 31 October 2019. Should the UK leave at that point without a withdrawal agreement, access to the Spare Rib digital archive will be suspended, as detailed below. Should an agreement be reached, either in October or earlier, access will continue until at least the end of the transition period (exact end date to be confirmed.)

In 2015, as part of our commitment to making our intellectual heritage available to everyone for research, inspiration and enjoyment, the British Library digitised and made available the full run of the feminist magazine Spare Rib available via the Jisc Journals platform.

This resource is used by researchers, activists, students and teachers not only in the UK but around the world. It is therefore with great regret that I must alert users to the possibility that we may have to suspend access to the resource and I want to take this opportunity to explain why.

Spare Rib was published between 1972 and 1993 and as a consequence its content is still in copyright. At the time we digitised the magazine the Library sought the permission of rights-holders for their work to feature in the online archive. As a result of this work copyright permission was successfully obtained from 1080 contributors. Where we werent able to clearly identify and/or locate a rights-holder content including writing, artwork and photography was subject to a further process to determine whether they could be made available under the exception that applies to orphan works under European Union copyright law.

The EU orphan works directive currently allows such material to be made available by cultural heritage institutions. Around 57% of the Spare Rib archive some 11,000 articles and images from 2,700 contributors benefits from this protection.

Should the UK exit the EU without a withdrawal agreement, however, we have been advised by the Intellectual Property Office (IPO) that this legal exception will no longer apply. In those circumstances, the Library would have to suspend access to the archive or be in breach of copyright. The remainder of the archive, for which permissions have been obtained, would not form a sufficiently coherent resource to be useful to researchers, so we would have to close the resource entirely.

In the event of a withdrawal agreement being successfully concluded we understand that the orphan works exception as with other EU laws would remain in place at least until at least the end of the transition period, at the end of next year.

The Libraries Archives Copyright Alliance (LACA) are working on this issue and, in addition, the British Library is actively engaging with the Intellectual Property Office to explore ways that the existing exceptions can be preserved in the event of a no deal exit from the EU. I will provide further updates as the situation becomes more certain.

I realise it will not compensate for the entire run of Spare Rib magazines being unavailable but the curated British Library Spare Rib site, with its contextual essays and selected magazine content will still be accessible.

I know how important this resource is as both a research and teaching tool and also as evidence of the incredible energy of the Womens Liberation Movement. I sincerely hope that we do not have to suspend access to the resource but I wanted to take this opportunity to forewarn users in case this becomes necessary.

This post was previously published on bl.uk and is republished here under a Creative Commons license.