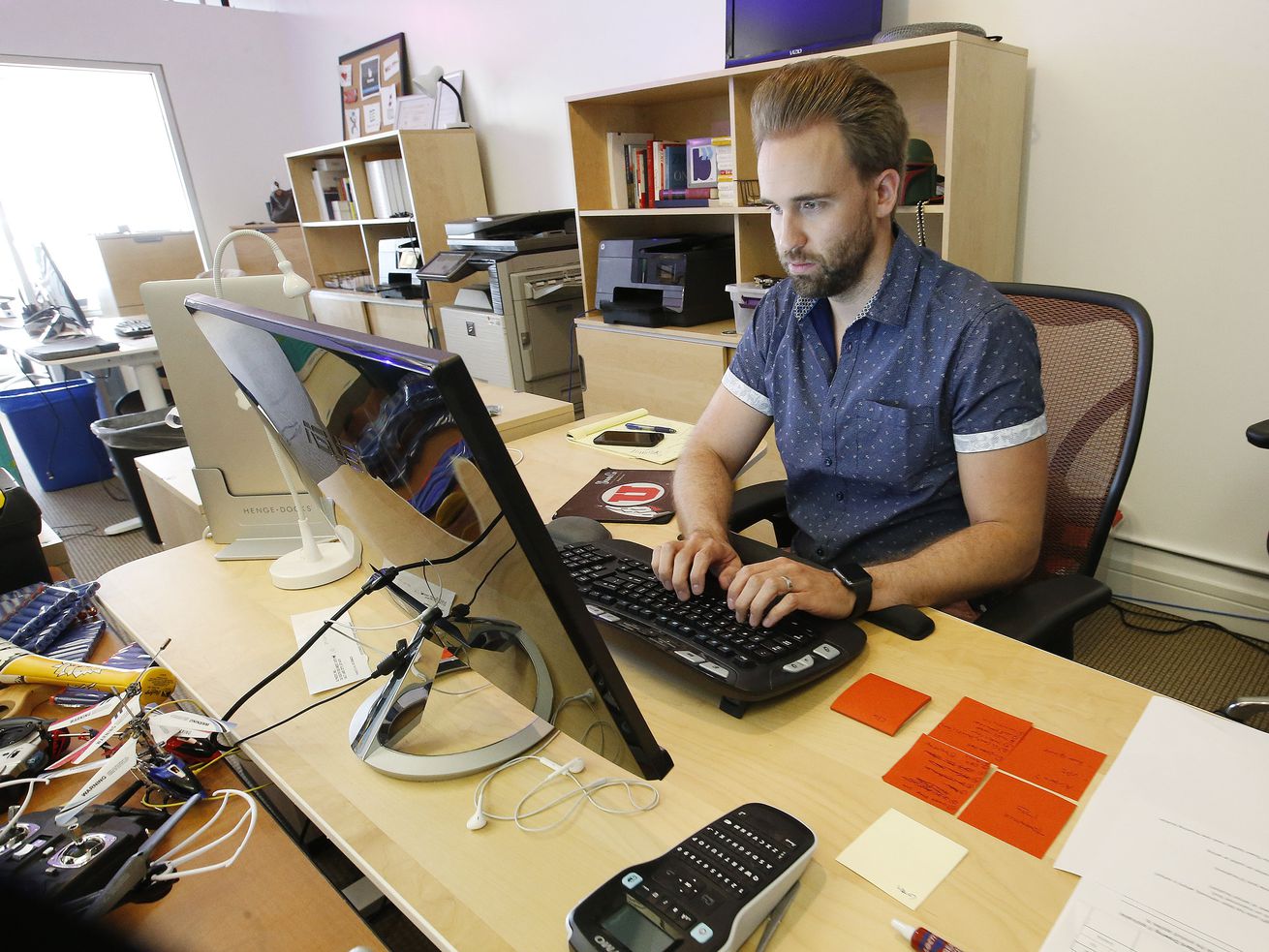 SALT LAKE CITY — Issues related to state contracts with tech companies — struck in a rush to address evolving COVID-19 issues — continue to unfold as questions are being raised about the cost, and legality of a new app for tracing contacts of infected Utahns.

Two weeks ago, Gov. Gary Herbert unveiled the Healthy Together app, touting it is a more efficient tool to monitor the spread of disease, particularly as things slowly get back to normal.

“Certainly we’re concerned about the ups and downs of COVID-19,” Herbert said. “Until we have a vaccine to inoculate against it, we’ll always have to worry about a resurgence of the virus.”

Herbert said no matter the number of people who download the Healthy Together app, the data gathered will assist the Utah Department of Health in its contact tracing efforts.

“It’s really about having the right tool in the toolbox,” Herbert said. “These tools will help us slow the spread of the COVID virus and, as much as we can, stop its spread.”

The deal cost the state $2.75 million in license and development fees and will also require an additional $300,000 per month in fees for “maintenance and support,” according to the contract language.

The company developing the app, Twenty, has expertise in a social media app that allows users to locate friends and events and boasts some 2 million users. New York City-based Twenty will celebrate its one-year anniversary in 2020.

State lawmaker Rep. Andrew Stoddard, D-Sandy, is concerned that the state’s executive branch is on a roll of shelling out taxpayer dollars on contracts with companies that are short on track records and able to sidestep typical vetting processes due to an active public health emergency.

“I’m concerned with how fast these contracts are happening,” Stoddard said Tuesday. “I recognize the power of the executive branch, under statute, to suspend the regular procurement process under these circumstances.

“But what percentage of the people who actually download the app are actually going to contract COVID-19? I just don’t anticipate the use justifying how much money is being spent on this.”

Stoddard also cited the state’s multimillion-dollar contract with Nomi Health, a tech startup that’s operating the TestUtah CVOID-19 testing sites and also developed the TestUtah.com assessment website, as another example of a company that lacks any substantial reviewable performance history and was able to secure a no-bid state agreement.

“Tech can solve a lot of problems but is not the solution to every problem,” Stoddard said. “I think the takeaway is not every emergency is the same. Some require immediate action and some just don’t.”

So far, the state has paid Twenty $1.75 million and is awaiting the full buildout of the app, at which point it will be on the hook for the remaining $1 million. The state is reporting that work is expected to be completed in several weeks.

In the meantime, a Salt Lake City-based tech firm, Blyncsy, says it has a patent on the process of using electronic devices, like cellphones, to track contacts of someone with a contagion.

Blyncsy is a company with wide expertise in tracking, which is the core of services it offers to transportation agencies and other clients around the country.

Blyncsy founder and CEO Mark Pittman said he’s opened the door to offering license agreements to companies like Twenty, or any other firm looking to do contagion contact tracing with a cellphone, but it will require the approval of a privacy committee he’s putting together.

“The methods that will be used for contact tracing with electronic devices could just as easily be used for surveillance — and could compromise privacy and personal information,” Pittman wrote in a blog post. “We at Blyncsy are stepping up to solve this challenge. Anyone who licenses our technology will be required to submit their privacy policies, outline their methods and practices for contact tracing, satisfy our independent committee that the system will not be used for tracking of individuals for uses other than to stop the spread of the pandemic, and demonstrate that significant steps are in place to protect personal information.”

Pittman said he has not yet heard from Twenty and attempts to communicate with the company have not received responses. Pittman highlighted his concerns with the potential misuse of tracking technology in a 2017 Deseret News profile of the company and outlined his efforts to help pass state legislation in 2016 that placed limits on law enforcement access to the kinds of location information Blyncsy collects.

A spokeswoman for Twenty said the company isn’t aware of any patent infringement issues and wrote in a May 2 email that it hadn’t heard from Blyncsy.

“Healthy Together is based on technology that was developed by our team starting in 2014,” the spokeswoman wrote. “We are not aware of any patented technology relating to Healthy Together, nor has a patent holder ever contacted us.”

While the state says any infringement issues are between Blyncsy and Twenty, the contract with the app developer is pretty clear when it comes to indemnity issues, including an intellectual property clause that reads, in part: “Contractor also warrants that any good, custom deliverable, or service furnished by contractor under this contract, including its use by the Eligible Users in unaltered form, will not infringe any copyrights, patents, trade secrets, or other proprietary rights.”

The Governor’s Office of Management and Budget reported that, as of Monday, 41,000 users had downloaded the app and some 100,000 have taken the COVID-19 assessment via Healthy Together.