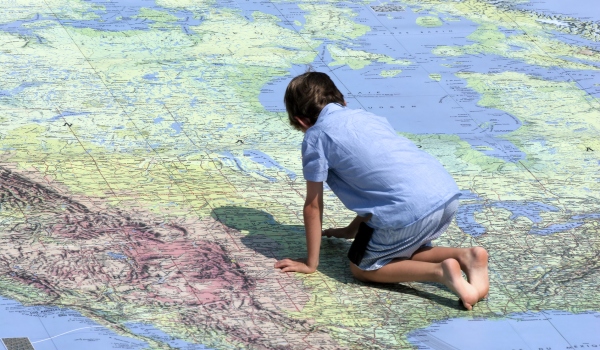 —
As well as having the world’s smallest book, the British Library has recently acquired the world’s largest atlas. It’s called the Earth Platinum atlas and is one of only 31 copies in existence.

At 1.8m x 2.7m is it far taller than me and weighs over 200kg. It took over 100 international cartographers, geographers and photographers to create and six British Library members of staff to get it through our doors.

It consists of 61 pages of maps, all of which are produced using satellite images and a photographic technique which overlays thousands of photographs into a single, seamless image.

This new atlas surpasses the previous record holder by 30cm on each side (which is also in our collections), which was produced as a handful of giant atlases in 1660 and was presented to King Charles II to mark his restoration to the throne.

Previously published on blogs.bl.uk and is republished here under a Creative Commons license.

The post Have You Seen the World’s Largest Atlas? appeared first on The Good Men Project.