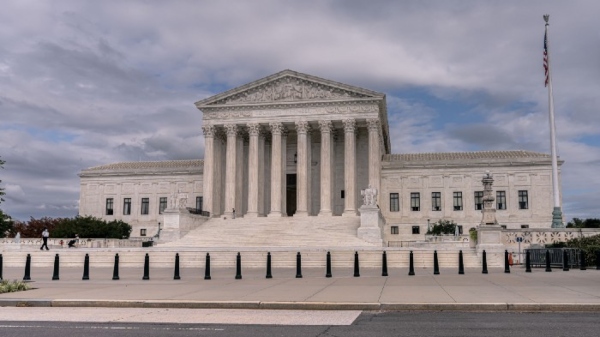 When I was younger and an active Mormon, I saw abortion as a “one size fits all” thing. It was bad. Black and white, dualist thinking was my perspective of choice — or programming, rather. I didn’t care as much about the mother’s bodies as I did this “poor baby” that was being killed. I mean, it’s half her fault, right? And this is what her body was meant to do, right?

I watched movies about it. I saw the techniques (rather graphic ones) of how doctors killed the babies. I saw almost full-term babies being sucked out of mother’s bodies, smaller ones cut into pieces and removed, and scary amounts of blood All. Over. Whole. Rooms.

It was disgusting to imagine how anyone could do that. I mean, people have hearts, right? How can they just murder babies like this? I was only fed one side of the story.

It was not until I was 32 years old that my mind began to wander into the deep, dark crevices of doubt and disbelief.

My body had aborted a baby on its own, without my permission, when I was 20. I bled out for over 25 minutes, through layers of clothes, and 3 large folded bath towels, and into the seat of a sweet Mercedes on the way to an Austrian hospital. That miscarriage messed me up for a really, really long time. As it should.

By 32, I had survived four full-term pregnancies, only by the grace of God. They were horrific. And, adding to that, I bled out with them as well, needing shots of Methergine and 24 hours of Pitocin, post-birth. Oh, and and “internal, external” massage. I will spare you the deets.

No, I didn’t die. But, I almost did, over and over again. And I did this four times. My God, the crazy.

Disclaimer: I don’t regret any of my babies. But, knowing what I know now, would I have had children? Likely not. But I am so blessed to have them. They are amazing humans, even when they don’t like me:)!

Now, I look back and see that I had to be a little crazy in the head to do that four times, or even once, after what happened on that scary night in Austria. But, that’s all over now.

I am looking at what the Supreme Court is saying and reflecting on my own choices.

I am looking at the fact that it has been 16 years since I last gave birth. I am remembering my doctor’s words when I had my last little one. She said,

“With all of the gastrointestinal issues you have had during this pregnancy, we will not tie your tubes. I am not touching it. Have your husband get snipped.”

She had said that after my third one as well. But he didn’t. He didn’t want to. It was too risky. He had heard too many nightmare stories. Whatever.

And yet, he would not get fixed. For ten years after number 4, he didn’t.

It was just 6 years ago when he had the “we are going to poke two tiny holes in each sac, cut the vas deferens, cauterize the ends and allow things to rest and heal for a few days” MAJOR surgery.

And this is saying nothing about the “why” behind his finally getting fixed. That is another blog, altogether.

Yeah. So, for ten years I had the threat of another pregnancy. What would I have done had I gotten pregnant? What could I have done? I thought about this all of the time. It made me a little crazy. I was terrified.

No wonder I never wanted to have sex with him. No wonder I thought there was something wrong with me. I, who used to have the libido of an 18-year-old boy, went from wanting sex all of the time to never, ever, wanting it.

I had been scared out of it.

I ask myself the same questions now. Sure, the man I am with…he did the deed many years ago. But, what if some freak thing happened? What if it magically reversed itself and I got pregnant? What choices would I have? (I am not so worried about this. It is just a thought experiment.)

Let’s travel a hot minute into the future and pretend there is no safe place to get an abortion. I wouldn’t want to get one, but who wants to get an abortion? Get real! I am 47 years old, the sole custody holder of my children, and in no place to care for another baby, assuming I would even live through it.

Flashback: In Austria, I was cared for in a Frauenklinik. I was in a room with 4 women, only one of which was there because of a miscarriage. The others had had abortions…in a hospital. Safely. This was 1995.

But here in the US, are we headed back to coat-hangers and kitchen knives, dark alley abortions, and infection-laden and dead women? Really?

It goes to show that as far as we think we have come, we have gone nowhere.

Men still have the power to control women’s bodies and lives. Whether that power is wielded by a man’s vote or a woman’s vote, controlled by patriarchal thinking, it doesn’t matter. It is still men’s ideas that are moving the world.

You may also like these posts on The Good Men Project:

The post Changing Perspectives on Abortion appeared first on The Good Men Project.