Things to do this week for £5 or less. 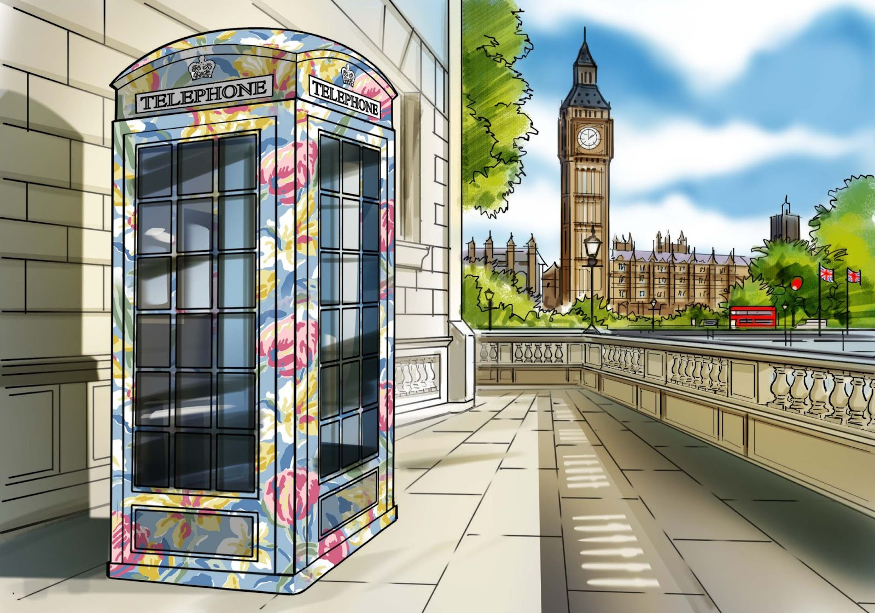 Laura Ashley opens a tiny exhibition to marks its anniversary.

1. Tuck into oysters for as little as a quid each

Just cos it's January, doesn't mean you can't indulge. It's oyster happy hour at Sam's Riverside in Hammersmith, Mondays to Thursdays from 5pm to 7pm, throughout this month. That means you can slurp Jersey Rocks at just £1 a pop, and Carlingford Lough oysters for £1.50. Whether you pair them with a spenny champagne is up to you.

2. Listen to a church speak

No, you are not having a nervous breakdown — the church in this case is St Mary le Strand, which tells its story via a light and sound installation in which the real-gold apse, and white-flowered, coffered ceiling are flooded with stunning light; Handel's Eternal Source of Light Divine plays; and the church becomes sentient, answering questions like "why were you built in the middle of a road?"

3. Bask in the glow of three free light festivals 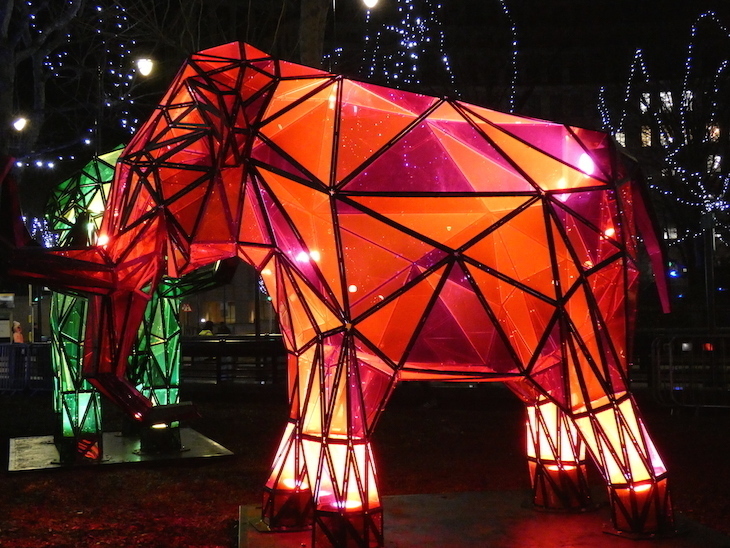 London's Christmas lights are gone, but there's still plenty of illuminated joy to see, if you know where to look.

The capital's large museums and galleries are great for free exhibitions, but don't overlook smaller venues when it comes to searching for free ways to spend your time. Here are a few new, free exhibitions to see this week: 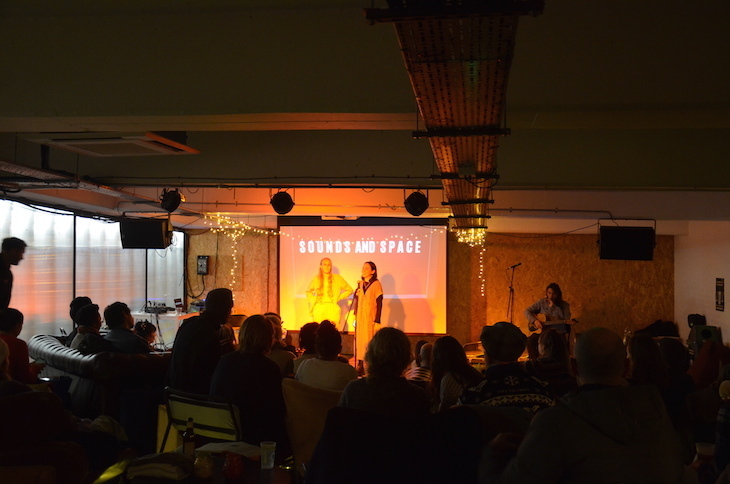 Soak up the sounds of Balkan, Greek, Turkish and Arabic traditional music courtesy of a kanun player; as well as a folk trio of voice, clarinet and accordion, performing sounds from the Balkans, Israel and Brazil. This is The People's Sessions — SoundsandSpace's monthly evening of live music at Peckham Levels. And if you want to get in on the action, there's time for a jam at the end. 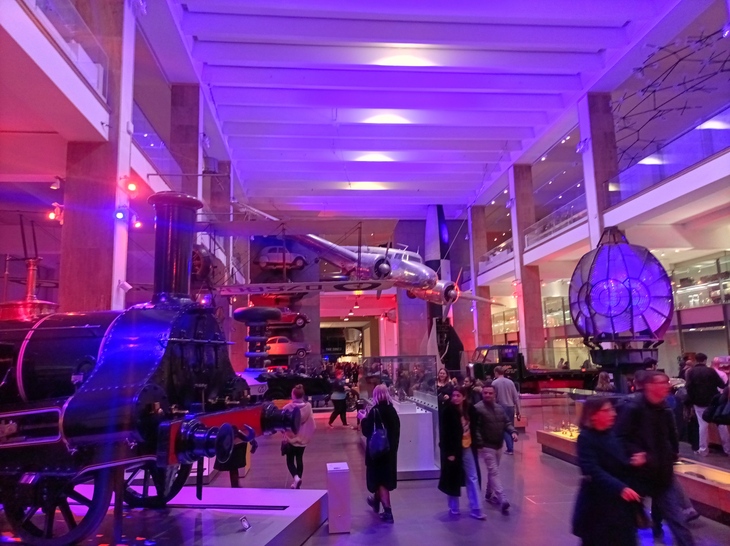 On the last Wednesday of every month, Science Museum stays open late for a special evening event on a certain theme. This time, it's Chinese New Year — with activities including Chinese calligraphy and dragon-making workshops, a trail to find animals of the Zodiac hidden throughout the museum, and a chance to hear from scientists about their predictions for 2023.

As always at Science Museum Lates, there's a silent disco, pub quiz, and chance to visit the museum's exhibitions and displays after hours.

7. Liven up your lunch break with a free concert

Every Friday lunchtime, Paul Hamlyn Hall at the Royal Opera House hosts a short concert. You don't know what you're going to see ahead of time, but it's invariably good — and there's no need to book ahead.

8. Check out portraits of the National Theatre's 'makers' 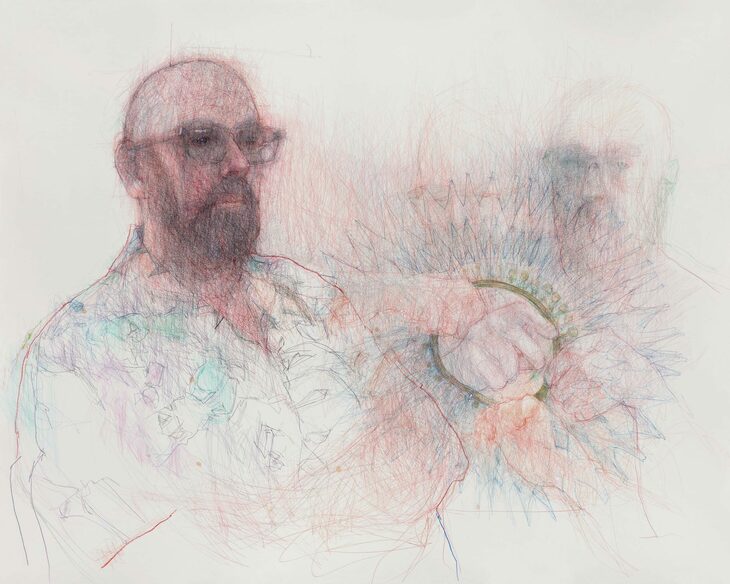 Hundreds of creatives work behind the scenes to bring National Theatre productions to life, and a new exhibition by artist Curtis Holder — The Makers: Portraits from Backstage —  celebrates them. Head to the Theatre's Lyttelton Lounge during opening hours to check out this exhibition of sketches of wigs/hair/make-up assistants, prop and puppet makers, stage technicians and the like. There are various special tie-in events in the coming months, including a live-draw with Holder himself on 28 January (10.30am-12.30pm, free, just show up).

9. Get counting for the Big Garden Birdwatch

Help the RSPB keep an eye on the numbers of wild birds in London by taking part in the Big Garden Birdwatch. If you're lucky enough to have a garden or outside space, spend an hour counting and recording the numbers and types of birds that visit it, then report back to the RSPB. The charity then uses the data to spot any patterns, anomalies, or species that may be in danger.

It's not just old films, either — recent releases often make an appearance, including this week's film, Lyle, Lyle, Crocodile. It's the story of a young boy and a singing crocodile who become friends in New York. This week, there's also a free workshop before the screening.

11. Indulge your wanderlust at a travel photography exhibition

Itching to get away to somewhere warmer? Make do with More Travels with My Camera, a free exhibition of travel photography, now in its final week. Head t0 Barbican Library to see street and portrait photography from Africa, Asia and Latin America by Adrian Whittle, who has also written the stories behind some of the photos, to accompany the exhibition.

12. Take a walk in search of snowdrops 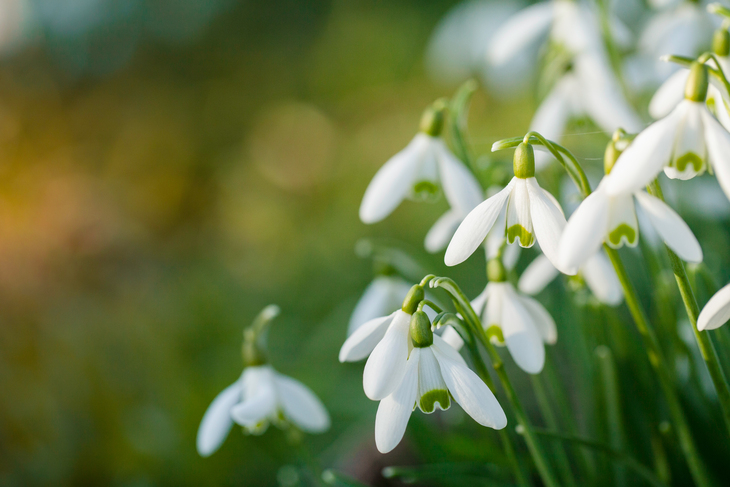 Around this time of year, snowdrops start to emerge — the first sign that spring is on the way (though don't go putting away your big coat just yet!). Exact timings are hard to predict and depend on the weather, but have a look at our guide on where to see snowdrops in London, so you're ready and poised when they do start to make an appearance.

Looking for more free things to do in London? Here are 102 of em!